Welcome in the name of Jesus 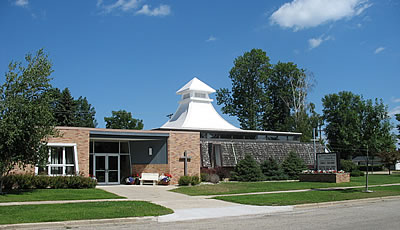 We at FIRST LUTHERAN CHURCH invite you to join us in our walk of faith and discipleship. As a congregation we gather in many ways and at many times, always with the gospel of Jesus Christ at the center of our community!

Giving Made Easy
Did you know we offer electronic giving? You can contribute anywhere, anytime right from your computer, smartphone or tablet.

If you prefer to donate by phone, download free GivePlus mobile app from the App Store or Google Play. Or, simply Text your donation to 844-940-1434 and enter the amount your wish to donate. For ‘how to’ instructions, see the donations tab above.​ 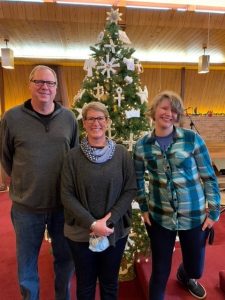 The Landwehrs: Julie was raised and confirmed at First Lutheran and she and Dennis were married at First in 2004.  Shortly after their marriage they moved to Alaska where Julie taught High School biology and Dennis worked for the forest service as a soil specialist.  Julie left her teaching position and Dennis retired from the forest service and moved back to the Upper Peninsula.  Julie keeps busy making a home on lake Michigan and is preparing to help Dennis build a home on the North Bluff.  Dennis is a hardworking, very talented and ambitious person.  He is known as a “Jack of All Trades”.  Emma attends the Escanaba Middle School and plays in the band.  She also enjoys playing soccer. 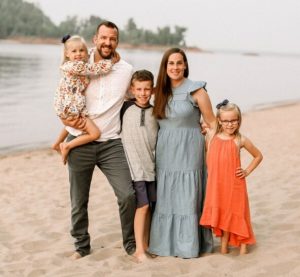 The Lacrosse’s: The Lacrosse family, Eric and Holli LaCrosse have been married since 2008. They have three children: Ethan 10, Kate 7, Hailey 5. Being born and raised in Escanaba, Eric was previously a member of First Lutheran Church with his family and was confirmed in the church. Holli is originally from Wisconsin Rapids and was confirmed at the Kellner Moravian Church. The LaCrosse family moved from Appleton, Wisconsin to Escanaba in 2017. Ethan, Kate and Hailey were baptized at First English Lutheran Church in Appleton, Wisconsin. Ethan loves reading, Legos and playing Minecraft. Kate enjoys gymnastics, barbies, and arts and crafts. Hailey like gymnastics, baby dolls, and playing dress up. Eric works as a Paramedic for Rampart EMS and Holli is a Special Education Teacher at the Upper Elementary School in Escanaba. They are excited to join the First Lutheran Church Family. 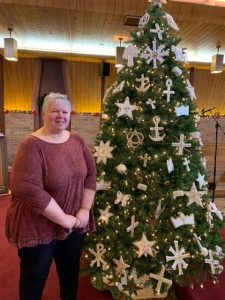 Cathy Lindquist:  Hello, my name is Cathy Lindquist, I moved up to Gladstone permanently in July of this year from Hamond, Indiana which is just southeast of Chicago.  I have been coming up to this area pretty much all my life, both of my parents were born in this area.  My mom was from Rapid River, her maiden name was Rita Ross, and my dad Milton Lindquist was from the Cooks area when he was young.  Prior to moving up here I worked at a Harley Davidson Dealership in Munster, Indiana, for over 22 years.  Yes, I rode and owned my own Harley motorcycle, but sold it prior to moving in July.

September, 2020 Harley Corporate closed down our dealership, and we were all out of a job.  A month prior to that, I lost my mom who lived here in Gladstone.  So that is when I decided I needed a new start. I moved up here July 3rd, and started my new job on July 6th at Delta Force PI, doing Accounting and Admin. work.  I have lots of family in the area and my Grandparents were prior members of First Lutheran Church, along with many other family members.   Thank you for making me feel so welcome!!
Cathy 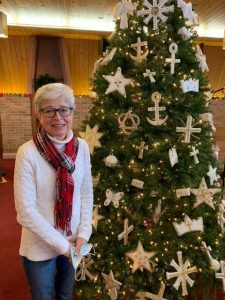 Patti Schmitendorf:  Patti was a First Lutheran member from 1980-2003.  During this time Patti taught Sunday school for sixteen years, was active in the choir, served on the congregational council and was president of the WELCA group.  She raised her children in Gladstone and they were all confirmed at First Lutheran.  Patti retired from a bank in Illinois then returned to Gladstone and First Lutheran Church in 2020.