Thank you to Jim Olsick for giving First Lutheran his painting of the Crucifixion. Jim paints as a hobby. Recently he was given a load of old barnwood by Joe Durbin, which had been removed from Joe’s parents property. Jim decided to paint the Crucifixion on the barnwood and to give it to First Lutheran Church. 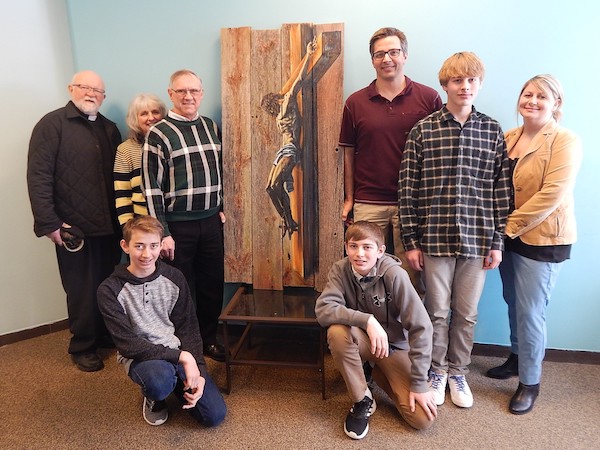 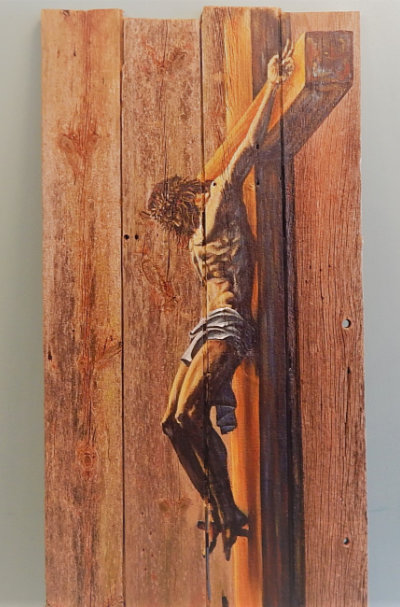